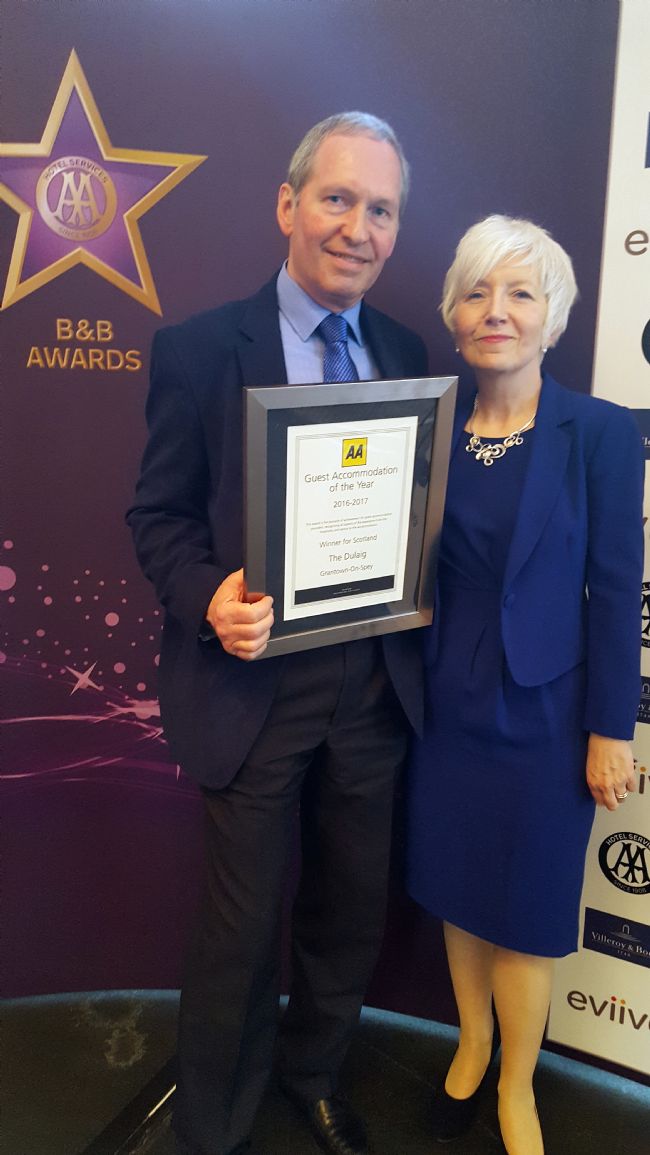 We are honoured and absolutely delighted to say that The Dulaig won the AA Award for Guest Accommodation of the Year for Scotland 2016-17! Here we are with our award which was presented at the lovely Landmark Hotel in London. In March we received a letter telling us confidentially that we had won the award.....then came the hard bit of keeping the news quiet until the ceremony on 9 May! We were nominated for the award by inspectors who incognito inspect and assess B&Bs all over the Uni...
Full Story

We are finalists in the Highlands and Islands Tourism Awards! 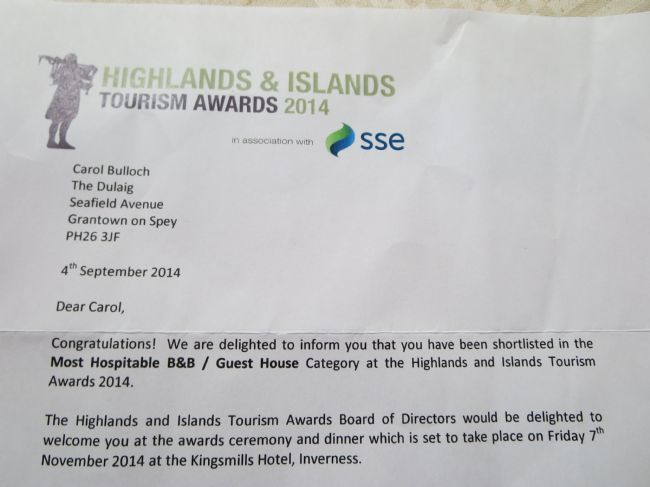 We are delighted to say that The Dulaig is a finalist in the Highlands and Islands Tourism Awards 2014. We are in the category "Most Hospitable B&B/Guesthouse"! The winner will be announced at the final on 7 November but to us reaching the finals is an award in itself! We have no idea who nominated us, but a great big "thank you" from us to that person. We will raise a nice dram to you, and to all of our guests, this evening.  Sliante!
Full Story
Latest Blog Posts
Blog Archives
Blog Tag Cloud

The Dulaig B&B is now closed.

It has been our absolute pleasure to share our home, garden, love of Scotland and of food, with guests over the past 14 years. The experience of running our B&B exceeded our wildest dreams however we - Carol, Gordon (& The Cake Fairy) - have hung up our aprons for the last time.

Thank you to the wonderful guests from all over the world who have stayed with us. You have given us so many special memories which we will always treasure. Thank you too, everyone else who has supported us: your confidence in us was appreciated more than words can say.

Warmest Wishes to All,
Carol, Gordon..and The Cake Fairy x